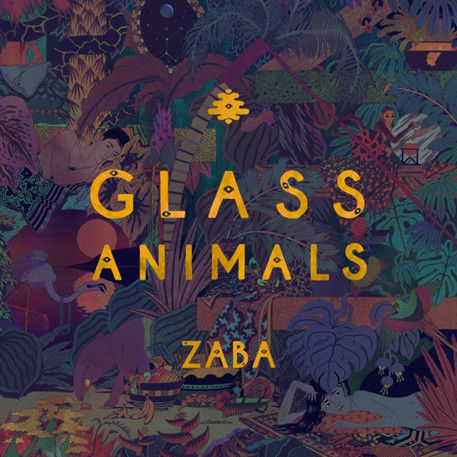 ZABA will be released on 9th June through Wolf Tone. The album was recorded at Wolf Tone Studios in London, and produced by frontman Dave Bayley under executive production of Paul Epworth. The 11 track record features new singles Gooey and Pools plus a reworking of previous limited EP release, Black Mambo.

Created in Epworth’s own studio it is undoubtedly among this year's most striking debuts. Inspired by Kanye West and Charles Darwin, Nina Simone and the Velvet Underground, ZABA is a rich and textured work, a very special record indeed. With Dave producing and Epworth as A&R and mentor, the studio became their home and the band were free to record, improvise and write at their own speed and so their sound has become a bigger, brighter, heavier and more intense experience than ever before.

“I used to be really into super-clean, no flaws production,” says Dave, “but now I like the context and soul that mistakes, chopped samples, and swirly white amp-noises give you…. We definitely were a bit self-conscious, we were once afraid to do something bold. Now when we’re together in the studio we don’t worry about those things. In fact, we don’t worry about anything at all…”